This is another tacit acknowledgment of the claims made in the Bible Discovered; after the new DNA-research by Genealogist Anatole A. Klyosov(1), has proven that in earliest traceable origins, the Kurds are obviously descendants of indigenous (first) Neolithic Northern Fertile Crescent aborigines.

The new entrant to the debate is an evolutionary biologist, Quentin Atkinson and colleagues of the University of Auckland in New Zealand.
NYTimes "Biologists using tools developed for drawing evolutionary family trees say that they have solved a longstanding problem in archaeology: the origin of the Indo-European family of languages."


In the “Bible Discovered” in at least, 120 arbitrary cases, morphological and phonological, I have proved that the similarity between Indo-European languages derived from ancient Near East (Kurdish) roots, thus not from the Indo-European. Consequently the scientific legitimacy of the term “Indo-European” falls at all. The scientific legitimacy of existence of the Indo-Aryans, Indo-Iranian, Aryo-Germany languages, -peoples and the Ancient Iran, have been disputed at all.


For the same reasons, the division of languages to Indo-European and Semitic is unscientific and cannot stand. Under the Dingir, Dinkir and Babilu, Babili, has been clear that the Semitic languages cannot exist.


I proved that the ancient countries or languages and civilizations of the Elamite, Sumerian, Babylonian, Akkadian, Hittitian, Assyrian, Syriac, Hurrian, etc., could not exist. Those were Kurds and Kurdish languages recognizable in the present myriad Kurdish languages.


Note: In the announcement states that - Words that have a clear line of descent from the same ancestral word are known as cognates. Thus "mother," "mutter" (German), "mat' " (Russian), "madar" (Persian), "matka" (Polish) and "mater" (Latin) are all cognates derived from the proto-Indo-European word "mehter."
It is notable that the word mother (Kurdish máíar) and its cognates are not derived from the proto-Indo-European word "mehter", but they are rooted in the ancient Near East (Kurdish) word /ma/, má/, which means "female; location, space, remained, stay-place; a recessed part to receive a complementary male part, the female section of an object”. See Bible Discovered pages 199-218.


*****
ublished: August 24, 2012
The result, they announced in Thursday's issue of the journal Science, is that "we found decisive support for an Anatolian origin over a steppe origin." Both the timing and the root of the tree of Indo-European languages "fit with an agricultural expansion from Anatolia beginning 8,000 to 9,500 years ago," they report.


The computer was also given geographical information about the present range of each language and told to work out the likeliest pathways of distribution from an origin, given the probable family tree of descent. The calculation pointed to Anatolia, particularly a lozenge-shaped area in what is now southern Turkey, as the most plausible origin - a region that had also been proposed as the origin of Indo-European by the archaeologist Colin Renfrew, in 1987, because it was the source from which agriculture spread to Europe.
http://mobile.nytimes.com/2012/08/24/science/indo-european-languages-originated-in-anatolia-analysis-suggests.xml


Note: I understood, the content of the link for DNA reports that I earlier had indicated was later changed, because of that I published the copy in my possession. The DNA data are self-evidence cannot be denied. 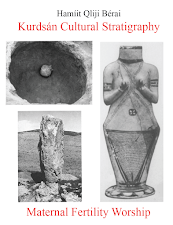 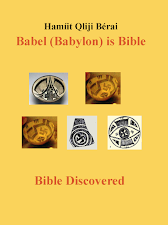